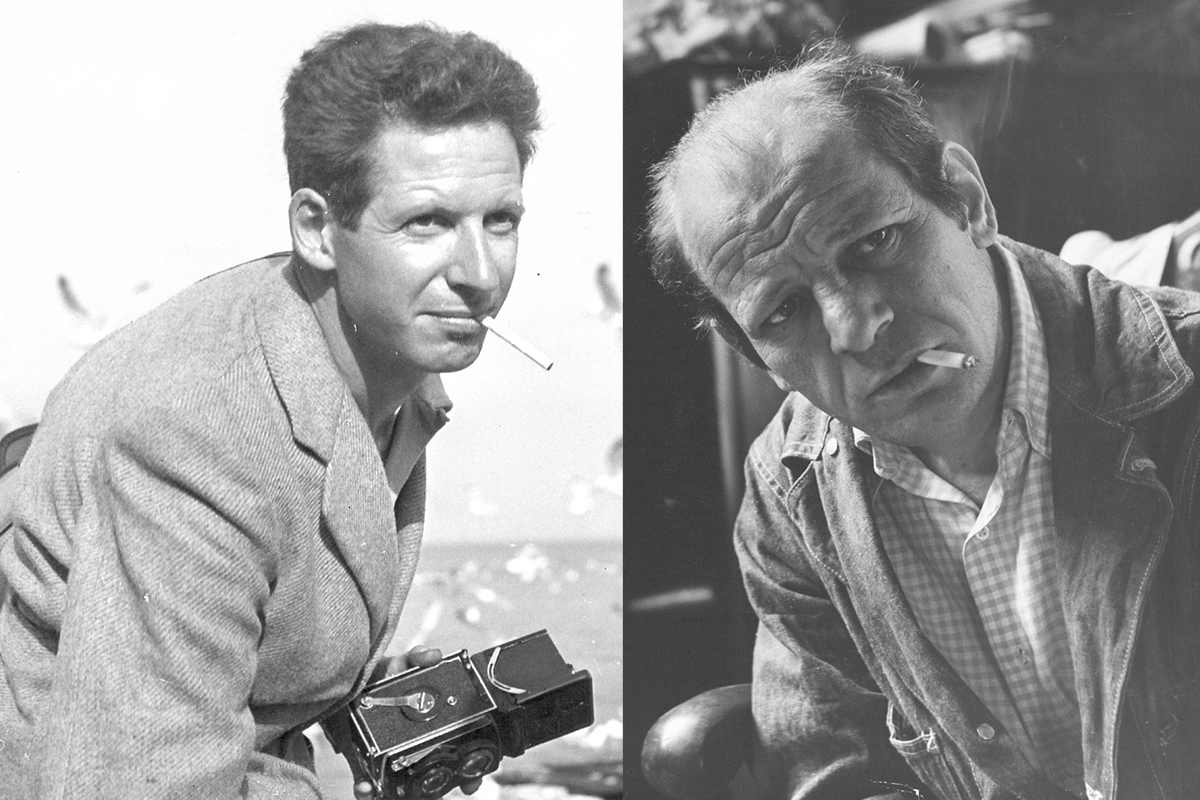 No. 3: An Impossible Equation

If the intimacy of friendship is an ethereal calculation of catalyst, proximity, and time, Pollock and Matter had a near constant catalyst in Lee Krasner and Mercedes Carles Matter. Had it not been for the women’s bond, it’s unlikely Pollock and Matter would have met as early as they did, and it seems even less likely that they would have become friends once they crossed paths. Jackson Pollock struggled with mental illness (most probably bipolar disorder) and alcoholism. By all accounts, when enduring an episode of either, he did not care for or about other people. Even sober and stable, he was notoriously antisocial—routinely ignoring knocks at his door. Matter on the other hand was regarded as traditionally hardworking and, though of few words, sociable. His home with Mercedes was a regular haunt for many artists, designers, curators, and critics. While Matter designed ads and layouts for corporate clients, Pollock holed up in his apartment painting abstractions. While Jackson went looking for a drink, Matter was home with his family or hosting friends. But meeting as they did through their significant others, the arithmetic of their friendship came to rely on time and proximity.

Time did what it always does. It continued. For Pollock and Matter, it meant adding days and years to their tenure. As new friends, they both lived in New York City. It’s where, in 1942, Matter introduced Pollock to James Johnson Sweeney, a powerful art critic and advisor to Peggy Guggenheim who would become Pollock’s biggest patron. Guggenheim, first hearing of Pollock from Sweeney, later took her assistant’s advice and included work by Pollock in an exhibit at her Art of This Century gallery in 1943. That assistant was Howard Putzel, with whom Pollock had become close—which Matter had some hand in, too. This is not to distract from Krasner’s tireless and single-minded efforts toward Jackson’s success; she later sustained and refereed critical relationships with the introductions that Matter’s connections and reputation had helped ease in Midtown Manhattan galleries.

But no matter where they resided, the two would remain in a conceptual proximity—somehow linked together by art, by their significant others, by their mutual friends, by another inexplicable attachment. During the years that they lived on separate coasts, they maintained an emotional proximity through correspondence. When the Matter family moved to California in 1943—for Herbert to work with Charles and Ray Eames—Pollock sent Herbert and Mercedes Composition with Pouring I as a “retrospective wedding gift” (Landau, Pollock Matters, 2007). The couple had married in 1941, and Krasner wouldn’t meet and introduce Pollock to them until the following year. Composition with Pouring I is widely considered Pollock’s earliest drip painting.

When Herbert and Mercedes moved back to New York City from Los Angeles in 1947, they rented a summer home outside of East Hampton to be near Lee and Jackson. They’d purchased their house in Springs as a newly married couple in 1945, financed by Peggy Guggenheim—a deal negotiated by Krasner. Again in 1948, the Matters rented the house on Fireplace Road, sharing it with another family—painter Vita Petersen, her husband Gustav, and their daughter Andrea. One evening that summer, Jackson, inebriated and angry with Lee, announced that he was in love with Vita. This caused an incredible scene. The incident, coupled with Krasner's insistence on only associating with people who were actively furthering Pollock's career, created an obstacle in Jackson and Herbert’s closeness that neither physical distance nor silence ever had. Later, in the winter of 1950–1, Jackson would sneak down an alley to visit Hebert and Mercedes while he and Lee stayed at a friend’s house on the same street for several months.

It’s becoming evident that Herbert and Jackson’s friendship was cut short not only by Pollock’s death in 1956, but by an imbalance in emotional proximity. At 44, Pollock, in a drunken rage, lost control of his speeding car and collided with a tree, killing himself and another passenger. His mistress was the only survivor. In the months leading up to the crash, his binges became more frequent. His therapist, whom he’d started seeing the year prior, neglected to discourage his drinking and may well have even encouraged it. Emboldened by alcohol at Manhattan’s Cedar Bar, he would regularly grab, grope, and pinch women in attendance or broadcast fantasy encounters with women who were not—including painter Vita Petersen, Rita Benton (wife of Pollock’s former painting instructor Thomas Hart Benton), and Mercedes Matter.

Perhaps it became impossible for the intensity of their catalyst, any closeness in proximity, and their compounding time together, to balance their equation with such enormous variables as Pollock's destructive behavior and the rift between Krasner and the Matters. I have not yet uncovered evidence of contact between Herbert and Jackson after Matter photographed Pollock at his fifth solo exhibition at The Betty Parsons Gallery in late 1951. Maybe there isn’t any to be found. Despite an apparent distance between the men in the mid 1950s—second only to his relationship with Lee Krasner—Matter and Pollock’s friendship was Pollock’s longest, most influential relationship to the success of his career.